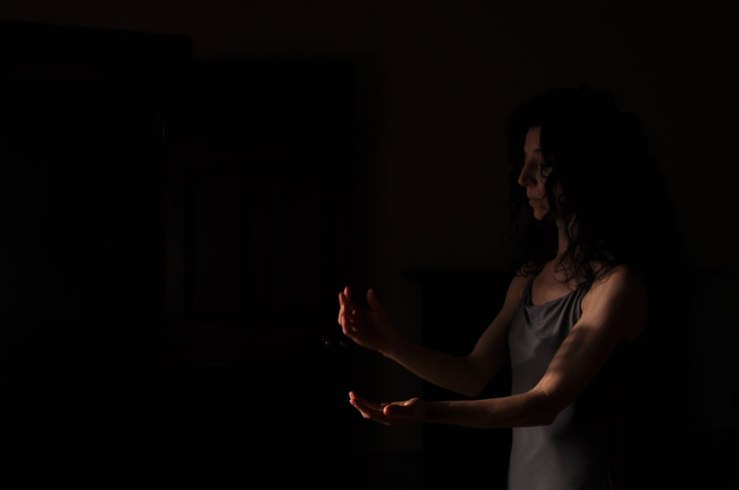 Phenomena is a project that amalgamates film, dance, architecture and visual art. It is a collaborative project between Juri and Tânia Moreira David, a filmmaker based in Lisbon. This site-specific project for Valentines Mansion tells a story about the lives of past inhabitants in the 17th-18th century. The story reveals the memories of them through choreography for the camera. The project explores the idea of phenomenology – the relationship between the body and the architectural landscape, questioning the idea of memories and sense of belonging constructed in particular spaces.

Places, like people, have biographies; spaces have invisible imprints of untold stories and memories. Here, using movements through space, the artists construct spatial narrative which embody their sensorial impressions through the use of signs, sights, smells, sounds, and tactile sensations. It is a perpetual landscape of encounters and emotional attachments to spaces based on individual bodily routines. Notions of dreams and world of literary imaginations, which appear in the film, signify a loss of spatial orientation, where one world flows into another, creating a sphere of timeless spatial experience. The film’s approach is inspired by the idea of presence and absence, which results in a hide and seek game, and an in and out of frame situation, that appeals to the invisible side of both film and the architectural experience.Through choreography for the camera, written in relation to the past and written from the standpoint of the present, artists describe a fresh point of view, which brings new significance, to challenge the perception of how we experience architectural landscapes.

Phenomena is part of Image ARCHIVE in Florence.